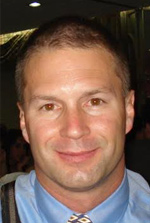 Martin has been with Caterpillar for 12 years, and is currently the Fabrications Operations Manager for Caterpillar, Inc., in their Sanford, NC facility.  Prior to his current role, Martin was on an international assignment in Mexico for 4-1/2 years, working as the quality manager in Caterpillar’s Torreon, Mexico fabrications facility.  Before his international assignment, Martin worked as a Black Belt for the small wheel loader product group, in Clayton, NC.  Prior to working for Caterpillar, he worked in Black Belt and Green Belt roles in both GE Appliances, and GE Finance, and as a senior quality engineer for Ericsson.  Martin began his professional career as a hydroacoustic engineer, working for the Carderock Division, Naval Surface Warfare Center, in Carderock, MD.  Over his ten years at CD-NSWC, he worked various engineering capacities, as a project manager & contracting officer, and went through US Navy dive school, to become the diving officer for the division.  Martin is an eastern North Carolina native, and has over 25 years of engineering and manufacturing experience, working both domestically and abroad for Caterpillar, GE, Ericsson, and the Department of the Navy.  Martin graduated from the United States Merchant Marine Academy, with a bachelor’s degree in marine engineering, and received his MBA from Pfeiffer University, in Charlotte, NC.  Martin served in the US Navy Reserve for 16 years, finishing his reserve career as an 0-4 projects officer in the Naval Reserve NAVSEA Systems Command 00C Support Unit.  He serves on the advisory board for the North Carolina State University Industry Expansion Solutions.  Martin and his wife live in Holly Springs, NC, with their two children.  Outside of work, Martin enjoys running, mountain biking, riding motorcycles and ATV’s with the kids, and shooting sporting clay.