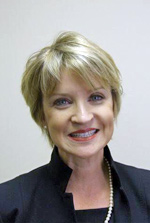 In her current role since 2008, Maureen travels North Carolina from Manteo to Murphy, ensuring continuous improvement and success in the State’s greatest asset for economic development – the North Carolina Community College System.

Maureen graduated with honors from the University of North Carolina at Charlotte, where she earned a Bachelor of Arts degree in 1981.  She is a graduate of Leadership North Carolina, Class XIX, and was the proud recipient of the 2012 Stanley Frank Class Award, which is awarded in Mr. Frank’s honor to a class member who exemplifies his spirit to make North Carolina a better place to live and work.