“These special awards give NCMEP the opportunity to recognize the commitment to growth, community, and excellence among our NC manufacturers,” says Phil Mintz, NCMEP Director and Executive Director of NC State Industry Expansion Solutions (IES). “We honor those who are often not readily visible as they provide leadership in best practices and advanced technology application.”

The winners of the 2019 Manufacturing Leadership Awards include:

McCreary Modern is an OEM manufacturer of private label upholstery, occasional, dining and bedroom furniture. They are a vertically integrated ESOP and family owned, Made in America manufacturing company, utilizing locally sourced materials. They focus on supporting area suppliers and machinery manufacturers, creating jobs and reducing the carbon footprint of the company. McCreary Modern has grown organically and now employs over 1000 employee-owners in six factories, all located in North Carolina, totaling over one million square feet.

Their culture embraces continuous improvement and has embraced change management often referred to as “The Handwriting on the Wall” methodology for over 20 years. They incorporate numerous visual management techniques from dying their assembly glues to color coded production tickets. McCreary Modern was an early adopter of RFID technology, tracking their materials and products from raw materials through packaging and shipping of their made to order products. One of the newest innovations allows production and specification data that can be sourced remotely by an iPhone.

McCreary Modern was instrumental in the creation and support of the Caldwell Community College Furniture Institute and the family has donated many dollars to local charities, hospitals and universities.

McCreary Modern has always approached sustainability as a core value of its company. A strong social conscience, along with reasonable business stewardship, has guided their decision-making process. Long before sustainability was used as a marketing tactic, McCreary Modern understood the multiple benefits of valuing social and natural capital for both moral and economic reasons. Their business culture embraces the concept of sustainable development. Recycling has been their standard for over 20 years. The company recycles more than 3,700 tons of wood waste, 715 tons of fabric/ leather waste and 100 tons of paper and cardboard annually.

Enviva is the world’s largest producer of industrial wood pellets, a renewable and sustainable energy source used to generate electricity and heat. Enviva owns and operates wood pellet processing plants and deep-water export terminals in the Southeastern United States. They export their wood pellets primarily to power plants in Europe and Asia. Enviva’s pellets are made using sustainable practices that protect Southern forests. They employ about 1000 people.

Enviva sources wood from more than 1,000 private landowners and provides an additional market for their low-grade wood — increasing the profitability of timber harvest activities and creating an incentive to keep forests as forests. Enviva does more than make wood pellets — they help small towns participate in and beneﬁt from the global economy, connecting local businesses to international markets through exports.

Enviva recently received an air permit for the Northampton plant that will allow it to:

For example, an Alotech remanufacturing customer had been using a manual process to remove rivets from an assembly. Not only was this labor intensive, but the customer experienced an average of 15 reportable injuries each year directly related to the process. Alotech was subcontracted and automated the process, reducing the labor time by 80 hours per week and, more importantly, annual OSHA reportable incidents were reduced from 15 to 0.

Another key customer was experiencing low yields on its remanufactured product line because parts were being discarded due to cosmetic defects. To maintain production of its remanufactured assemblies, the customer was using a high percentage of new components, resulting in a profit margin of less than 9%. Alotech’s engineers collaborated with the customer to develop a process that differentiates between cosmetic and functional defects. This resulted in a drastic improvement in yields and reduced the use of cosmetically perfect parts in the remanufactured assemblies. The customer’s profit margin increased from 9% to 38% with no capital investment required. Alotech’s innovation solution was able to increase the client’s annual profit by $366,000.

3M Pittsboro’s Plant Engineering Manager Chuck Jarrell is in charge of developing a workforce pipeline for 3M’s operation that employs about 55 people in Pittsboro. He is also heavily involved in helping to develop corporate workforce programs for 3M sites outside of Pittsboro. Their workforce maintenance strategy is a three-fold approach: technical, strategic and cultural. On the technical and strategic side, the organization offers maintenance apprenticeships, which allows the technicians to better understand the theory behind maintenance techniques while applying them on the job and using them to further their career.

3M often hires talented individuals who might not know exactly what career path they want to take, and partners them with experienced, tenured technicians to expose them to a variety of career options. They also hire college students and expose them to various industries to help both them and the company get a look at each other with the possibility of longer term relationships after they graduate. 3M builds its culture around training and support to all new hires and at all stages of their careers at 3M.

Altec is a leading provider of products and services to the electric utility, telecommunications, tree care, lights and signs and contractor markets. Their  Burnsville, North Carolina plant specializes in manufacturing custom bodies built to exact customer specifications. The only manufacturer in the industry to offer aluminum, fiberglass and steel body options, Altec Burnsville has built bodies for multiple industries since 2006.

Since opening its Burnsville facility in 2006, the company has continued to expand and enhance its operations in the community. Altec has twice expanded its Burnsville facility making it the largest manufacturing company located in Yancey County. The resulting stimulus to the economy has been evident, contributing significantly to Yancey County’s recent dramatic reduction in unemployment, rise in the prevailing median wage in the community and Yancey County’s rise from a Tier 1 economically distressed county to a Tier 2 county in 2019.

Altec continues to be dedicated to growing and expanding their business and footprint in Burnsville. They recently partnered with local officials in secring a $500,000 building reuse grant through the NC Department of Commerce and has announced its most recent expansion, the opening of a second manufacturing facility in Yancey County and the creation of fifty new full time jobs.

Since 2007, Equilibar has grown from a basement start-up with one part-time employee to a dynamic employer of 25 highly skilled team members who design and manufacture specialty fluid control valves. On average, the company has been growing revenue at 25 percent a year and in 2019 received the Presidential “E” Award for Exports, the highest recognition a US entity can receive for making a significant contribution to US exports. Equilibar’s Continuous Improvement process asks for the entire team to participate and provide feedback, with quarterly management review. The process turtle diagram is used as a visual. Continuous Improvement efforts are meant to produce effective, improved processes, policies, performance and company culture. These are often enacted as a solution for customer cases, complaints, customer survey results, NCP/CAR(s), suggestion box feedback, risk analysis reviews, and management goals and visions. Categories include training, changes to processes, updates to / new procedures, new tools, purchases, building/equipment upgrades and webinars.

To score the items, the company uses the Fibonacci Sequence method. The items with the most weight are based on time spent / labor hours consumed and the cost associated. Equilibar has a company culture of auditing their 23 processes annually to continually make changes or verify success as needed. They maintain a quality management system that meets the requirements for ISO 9001:2015 certification. 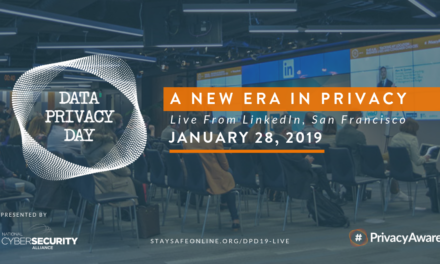