GREENSBORO — It’s going to be cold when the 2018 Winter Olympics begin today in Pyeongchang, South Korea.

How cold? Cold as Siberia.

So cold, ATMs were freezing up earlier this week. Seriously. You can ask the folks at the Weather Channel.

It’s so cold — wind chills are expected to be below zero — that organizers consider the weather a real threat to spectators and athletes during the opening ceremonies Friday.

Spectators hoping to stay warm in the open-air Pyeongchang Olympic Stadium will be on their own.

As for our U.S. athletes, don’t sweat it. Sorry. They’ll be nice and toasty — and dare we say looking hot — in outfits made partly in Greensboro, courtesy of designer Ralph Lauren.

International Textile Group, based in Greensboro, created the red, white and blue exterior fabric for the special parkas — they’re electronically heated — U.S. athletes will wear as they march in the Parade of Nations. The jackets developed exclusively for Ralph Lauren feature an interior fabric, made by another company, with printed, conductive ink that uses battery power to generate heat on three settings for up to 11 hours on a full charge.

And get this: The ink is printed in the image of an American flag. As if raw patriotism could beat the cold all by itself.

The parka’s water-repellent exterior fabric came from ITG’s factories in Rockingham and Burlington.

But wait, there’s more. The ensemble also includes a sweater, mountain shoes, a wool ski hat and jeans that feature one of Greensboro’s legacy fabrics — denim from the now-shuttered White Oak plant.

Fabric for the slim jeans was specially designed for the Olympics and includes such features as “temperature management” that helps the pants stay cool and dry.

It’s the kind of innovative fabric that had been a staple at the century-old factory before ITG decided to close it on Dec. 31.

This Might be the Most Important Technology You’ll Ever Adopt 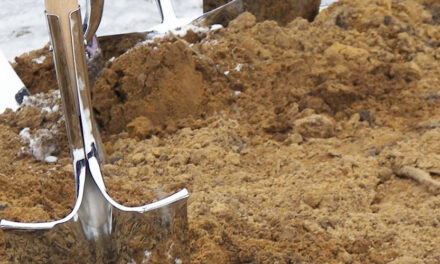