Charlotte, N.C. — The largest plastics training center in the Southeast United States is significantly expanding its training offerings with some industry-first innovations, thanks to a major equipment upgrade enabled by a local donor.

Polymers Center of Excellence (PCE) in Charlotte, a non-profit organization chartered and funded by the state of North Carolina and the federal government, also recently unveiled two new developments to help the plastics industry grow talent and expertise.

With 26,000 square feet of space dedicated to training, a fleet of five injection molding machines, and five instructors, PCE is the largest training facility in the Southeast.

The machines include a 270s 27-ton hydraulic press, a 320s 55-ton hydraulic, a 320a 55-ton all-electric, and a 470a 88-ton hybrid electric machine. The screw and barrel assemblies consist of 15mm, 25mm, 30mm for metal injection, and 35mm. “We believed in matching the machine to the tool for precision control,” Malasky said.

In passionate remarks at the center, he said: “On behalf of those that own businesses in plastics, we really appreciate the knowledge you have, the patience you have for teaching people, your exuberance for making this happen. … We really appreciate that. We are happy to support you, and I’m sure there are other ways to support you in the future, sending people, or possibility even some kind of scholarship.”

It’s not the first time Malasky donated machinery for manufacturing education. He told Plastics News that he donates equipment about once a year to local schools, such as surface grinder, high-speed mill, and lift equipment.

For the bigger donation, he contacted five schools in the area, and “all of them wanted a piece of this machine, that robot.” So he thought of PCE, where all the machinery can be placed in one spot. “We felt like we would do more good there. This could have the biggest impact.”

PCE trains on average 650 students per year at its facility in Charlotte, said training manager Todd Bryant. On top of that, PCE instructors travel to companies to conduct in-plant training. PCE also partners with Paulson Training Programs Inc. to teach Paulson courses throughout the country.

In addition, PCE hosts robot programming and robot automation classes by Wittmann Battenfeld. Its training equipment includes a 3-axis servo Wittmann robot with an all-electric 110-ton EcoPower press with a Unilog B6 controller.

Right now, PCE has a 75 percent booking rate for the year and aims to get fully booked.

Leveraging the new machines donated by Malasky, PCE is developing a 10-day Capstone class for injection molding that focuses on hands-on problem-solving. It’s “a unique course compared to all the other public training facilities,” Bryant said, adding that the course is expected to launch by the beginning of 2017.

Byrant said the donation has enabled PCE’s expansion of services, “that was a linchpin.”

“We thank you for that. That was a big step for us and really put us to another level,” he said to Malasky.

PCE Executive Director Phil Shoemaker is excited about the new programs and training products. “I think we are onto something with our training.”

PCE defines its mission as to support, maintain and encourage the strength and growth of the polymer industry. Beside training, it also provides laboratory testing services as well as toll compounding with two twin-screw extruders and two single-screw extruders.

Having observed the technical talent deficit in the plastics industry, Malasky has his own thoughts. “People are not thinking that’s a job. They think China has all the jobs or somewhere else,” and instead seek non-manufacturing opportunities.

That has resulted in a talent drain. “We need toolmakers,” Malasky said, “There is a gaping deficit for toolmakers here. We have eight toolmakers with an average age around 57. One of them is 80 years old, fantastic tool maker. … [But] there’s no interest in that craft of toolmaking anymore.”

He believes the root cause is shortsightedness. “The social problem is that we are real shortsighted. How fast can we make the money, and I’ll take that shortest route.

“What happens is kids that are mechanically inclined go to school, learn computer-controlled machinery, then big firms scoop them up and pay them well to run CNC machinery,” he said, “Then they kind of get stuck.” He explains that talented young people could be making more money as a toolmaker in 10 years than a CNC operator. “They are shortsighted a little bit. The industry kind of diverts them into what we call button pushers.”

And the impact can be detrimental and long lasting. “If people are not interested, nobody is going to fund it,” Malasky said, “The local colleges have closed their [mold making] programs. The only thing we have left are some apprenticeships.”

He hopes the training programs that he sponsors will make a difference.

“[The plastics industry] is a great business. It’s a backbone here in the United States … to provide services and products — things that people need. Some of those things are very noble. In our business, we work on everything from the detecting of influenza to breast cancer. And we need people to carry on that torch.” 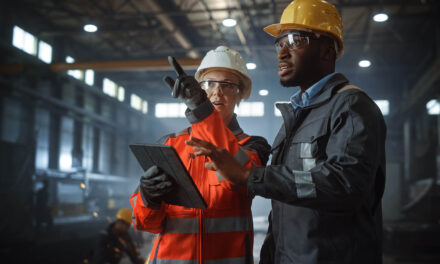 Future of Factories: The movement behind employees wellness in an increasingly employee-centric economy